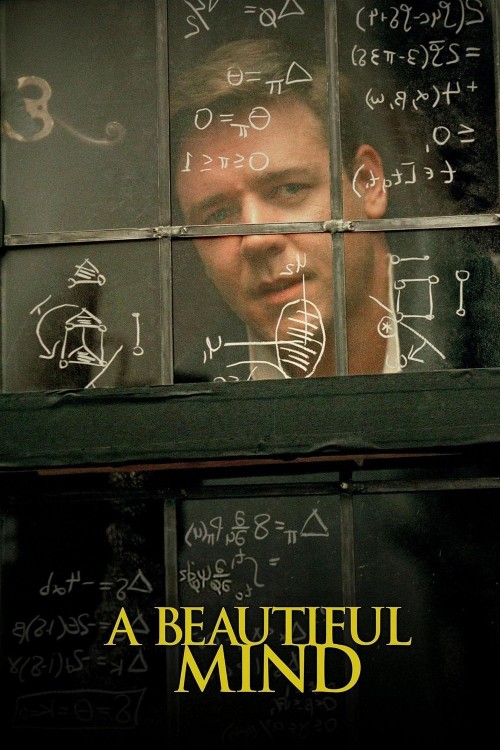 Get more information about A Beautiful Mind (2001) on IMDb

From the heights of notoriety to the depths of depravity, John Forbes Nash, Jr. experienced it all. A mathematical genius, he made an astonishing discovery early in his career and stood on the brink of international acclaim. But the handsome and arrogant Nash soon found himself on a painful and harrowing journey of self-discovery. After many years of struggle, he eventually triumphed over his tragedy, and finally - late in life - received the Nobel Prize.