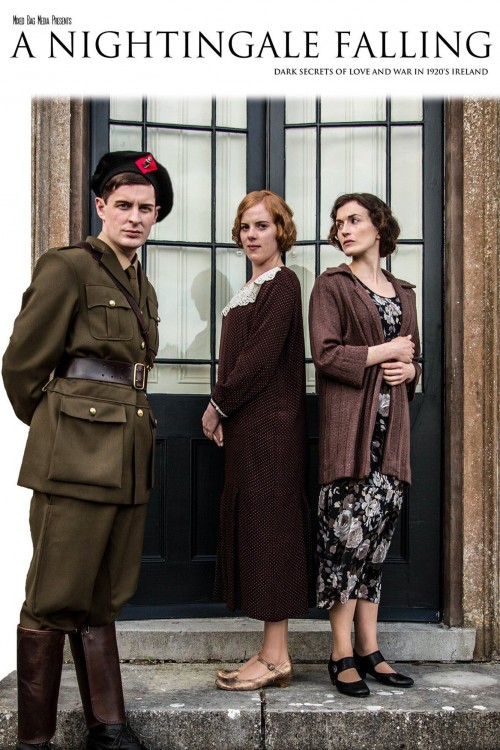 Get more information about A Nightingale Falling (2014) on IMDb

Set in Ireland during the War of Independence, two sisters' lives are changed forever as they care for a wounded soldier in their home. What transpires in this historical period drama, is a tragic love story of an Anglo-Irish household and its inhabitants, caught in the crucible of deep dark secrets. Framed against a backdrop of a turbulent war-torn Ireland in the early1920's, May Collingwood is forced to make critical and difficult decisions when she rescues a British soldier and must now protect herself and sister Tilly. They live in fear of the British Black and Tans, the rising IRA, their own entrapment, and ultimately the dark secrets of un-requited love unfolding from within.