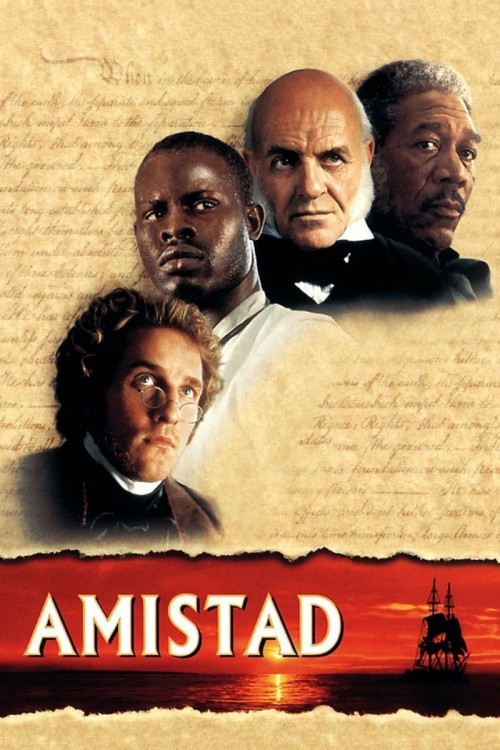 Get more information about Amistad (1997) on IMDb

Amistad is the name of a slave ship traveling from Cuba to the U.S. in 1839. It is carrying a cargo of Africans who have been sold into slavery in Cuba, taken on board, and chained in the cargo hold of the ship. As the ship is crossing from Cuba to the U.S., Cinque, who was a tribal leader in Africa, leads a mutiny and takes over the ship. They continue to sail, hoping to find their way back to Africa. Instead, they are misdirected and when they reach the United States, they are imprisoned as runaway slaves. They don't speak a word of English, and it seems like they are doomed to die for killing their captors when an abolitionist lawyer decides to take their case, arguing that they were free citizens of another country and not slaves at all. The case finally gets to the Supreme Court, where John Quincy Adams makes an impassioned and eloquent plea for their release.