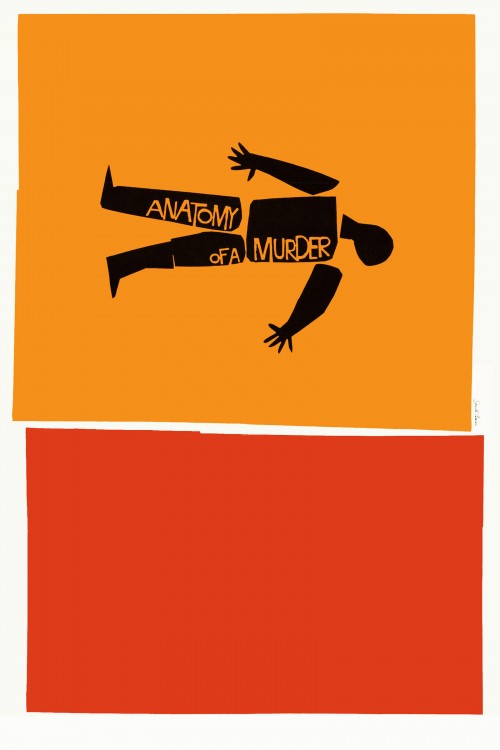 Get more information about Anatomy of a Murder (1959) on IMDb

Frederick Manion (Ben Gazzara), a lieutenant in the army, is arrested for the murder of a bartender, Barney Quill. He claims, in his defense, that the victim had raped and beaten up his wife Laura (Lee Remick). Although Laura supports her husband's story, the police surgeon can find no evidence that she has been raped. Manion is defended by Paul Biegler (James Stewart), a humble small-town lawyer and recently deposed district attorney. During the course of interviews, Biegler discovers that Manion is violently possessive and jealous, and also that his wife has a reputation for flirting with other men. Biegler realizes that the prosecution will try to make the court believe that Laura had been drunk and was picked up by the bartender and then Her husband killed him and beat her up when he discovered they had been together. Manion pleads "not guilty" and Biegler, who knows that his case is weak, tries to find evidence that will save Manion.

Ophelia
Song of Solomon 7:12 Let us get up early to the vineyards; let us see if the vine flourish, whether the tender grape appear, and the pomegranates bud forth: there will I give thee my loves. - @Friday, November 30, 2018 6:01 AM
Ophelia
"Scott had a reputation for being moody and mercurial while on the set. "There is no question you get pumped up by the recognition," he once said, "Then a self-loathing sets in when you realize you're enjoying it." One anecdote relates that one of his stage costars, Maureen Stapleton, told the director of Neil Simon's Plaza Suite, "I don't know what to do — I'm scared of him." The director, Mike Nichols, replied, "My dear, everyone is scared of George C. Scott." https://en.wikipedia.org/wiki/George_C._Scott - @Friday, November 30, 2018 4:46 AM
lianne abigail
bееllissimo - @Tuesday, November 8, 2016 4:24 PM