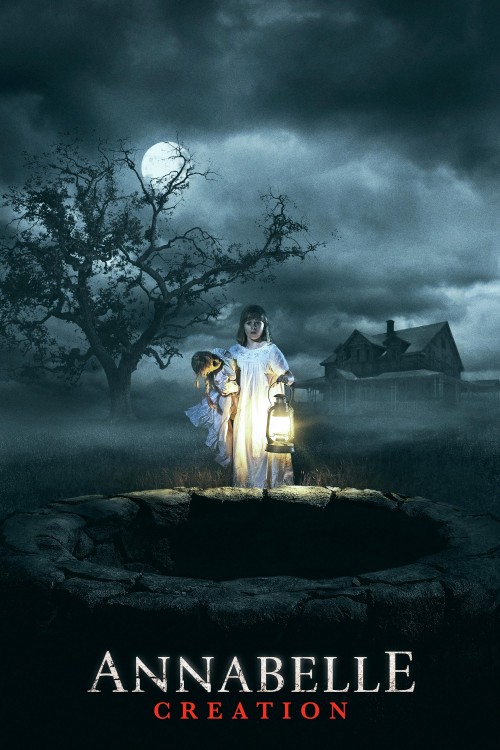 Get more information about Annabelle: Creation (2017) on IMDb

The manufacturer of dolls Samuel Mullins is a happy family man with his wife Esther and their daughter Bee, who dies after being hit by a car. Twelve years later, Samuel and his wife, Esther, welcomes a nun and six orphaned girls to his home. He tells that only a locked room (that belonged to Bee) and Esther's room would be off limits for the girls. The crippled girl, Janice, manages to sneak in Bee's room during the night and finds a doll locked inside a closet. After she plays in the room, she is haunted by an evil force. What has Janice unleashed in Bee's room?