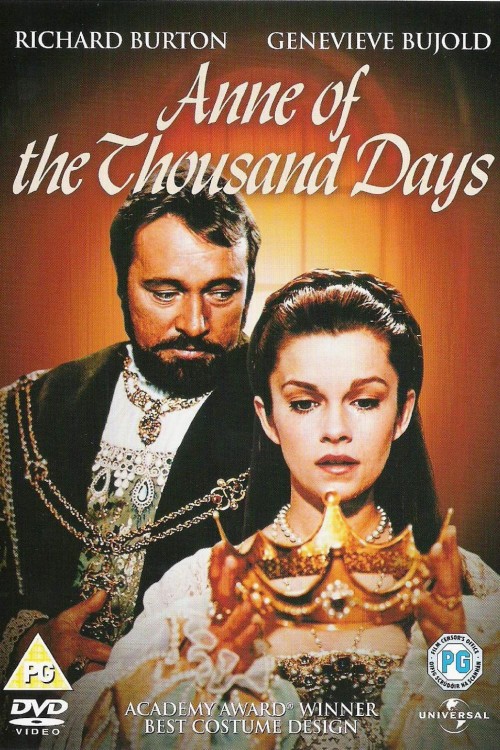 Henry VIII of England discards one wife Catharine of Aragon, who has failed to produce a male heir, in favor of a young and beautiful woman, Anne Boleyn, whose one-thousand-day reign as Queen of England ends with the loss of her head on the block. Henry weds Anne and soon she gives him a child. The girl, Elizabeth, is a bitter disappointment to Henry, who desperately wants an heir. Anne promises Henry a son "next time," but Henry is doubtful. Shortly thereafter, rumors begin that the King's eye has already wandered. One Jane Seymour is at court for a moment. The Queen has her sent away, but, if Anne will bring Jane back to court, the King promises to sign the Act of Succession to insure that Elizabeth will be Queen.