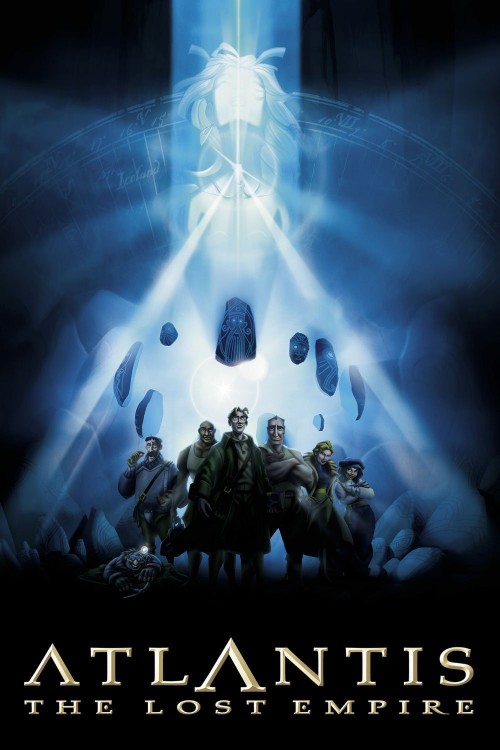 Get more information about Atlantis: The Lost Empire (2001) on IMDb

1914: Milo Thatch, grandson of the great Thaddeus Thatch works in the boiler room of a museum. He knows that Atlantis was real, and he can get there if he has the mysterious Shephards journal, which can guide him to Atlantis. But he needs someone to fund a voyage. His employer thinks he's dotty, and refuses to fund any crazy idea. He returns home to his apartment and finds a woman there. She takes him to Preston B. Whitmore, an old friend of his Grandfathers. He gives him the shepherds journal, a submarine and a 5 star crew. They travel through the Atlantic ocean, face a large lobster called the Leviathan, and finally get to Atlantis. But does the Atlantis crew have a lust for discovery, or something else?