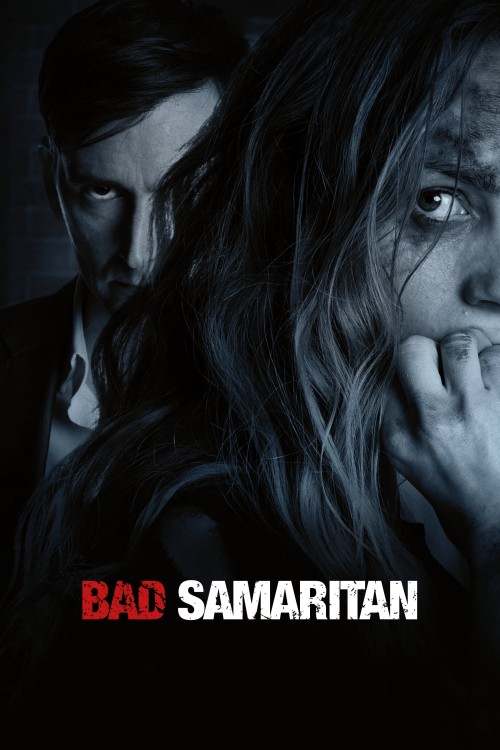 Get more information about Bad Samaritan (2018) on IMDb

In Portland, the amateurish photographer Sean Falco works with his best friend Derek Sandoval as valet at a fancy restaurant. His girlfriend Riley Seabrook studies in a university and he is estranged of his stepfather. Sean and Derek are also smalltime burglars, stealing the houses of the costumers while they are eating in the restaurant. One day, the obnoxious client Cale Erendreich arrives at the restaurant driving a Maserati and Sean drives his car back to his house using the computer and Derek watches Cale in the restaurant. While snooping around the house, Sean finds a locked room and when he opens the door, he stumbles upon a woman tied to a chair with chains and gagged. He unsuccessfully tries to release her but he is forced to return to the restaurant with the Maserati. Sean decides to call the police, but Cale lures the police officers and turns Sean's life upside-down.