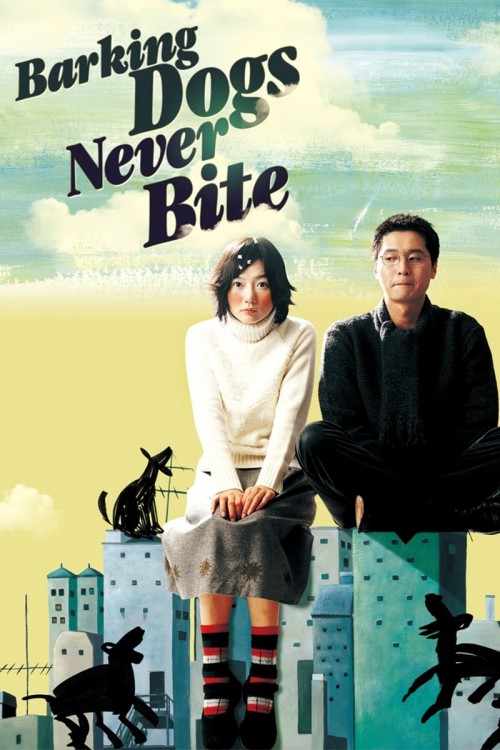 Get more information about Barking Dogs Never Bite (2000) on IMDb

The disconnections of urban life. Yun-ju is diffident, almost without affect; his wife is pregnant, and he's wonders if he should bribe the dean to secure a professorship. He's also bothered by a yapping dog that disturbs him in the large block of flats where he lives. Hyeon-nam is equally disengaged; she's a bookkeeper at same block of flats, animated only when she learns of a lost dog. Over the course of a few weeks, three dogs in the building go missing - Yun-ju and Hyeon-nam have a connection to each. So might a janitor. Is it a man-eat-dog world? Is there any cure for this ennui? Can anyone connect?