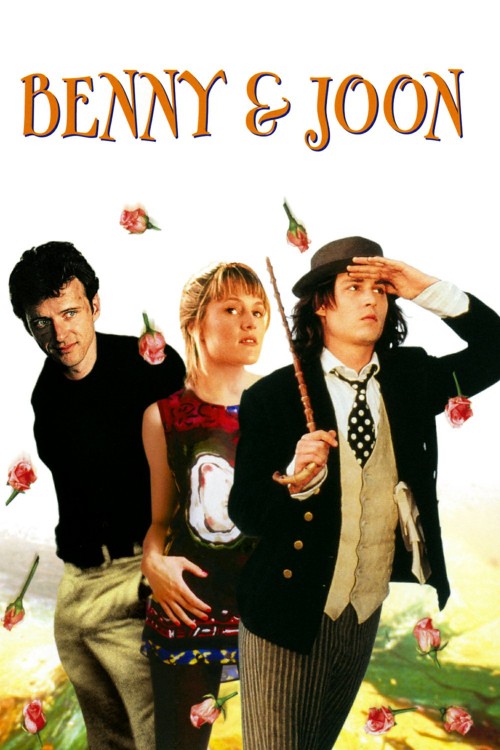 Get more information about Benny & Joon (1993) on IMDb

In Spokane, Washington, Juniper Pearl - Joon to those that know her - is an artist. She is also a mentally challenged young woman who requires around the clock care, as she could cause harm to herself or others. Her brother Benny Pearl, who owns and operates a garage and who is her only living relative since their parents died twelve years ago in a car accident, has made the decision that she would live at home with him, in the process sacrificing being able to have a personal life of his own. He has hired full-time housekeepers to provide that care when he isn't around. However, he has exhausted the list of housekeepers, who keep quitting because Joon is too much to handle. As such, Benny makes the decision that perhaps it would be best for all concerned if Joon were to live in a group home, something he is hesitating telling her for fear of her reaction. Into their lives comes Sam, the eccentric cousin of Benny's friend Mike, Sam who they obtained from Mike in a losing hand of poker...