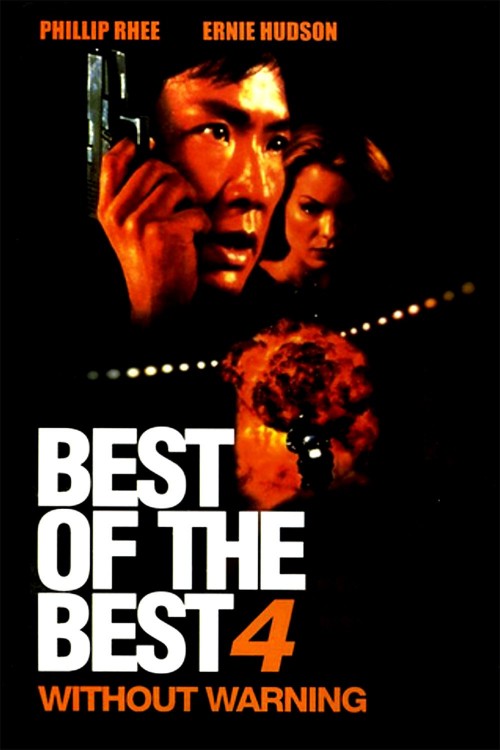 Get more information about Best of the Best 4: Without Warning (1998) on IMDb

A group of Russian mobsters have stolen a huge supply of paper for printing U.S. currency, and are now flooding the market with conterfeit bills. When one of the mobsters decides to give herself in and hand over a data CD to the DA, she is shot and killed, but not before handing the disc to an unsuspecting Tommy Lee. Despite working with the police as a martial arts instructor, Lee doesn't go to the cops with the disc, but instead goes on the run, giving the mafia time to kidnap his daughter and hold as a hostage in exchange for return of the disc. Will Tommy ever see his daughter again?