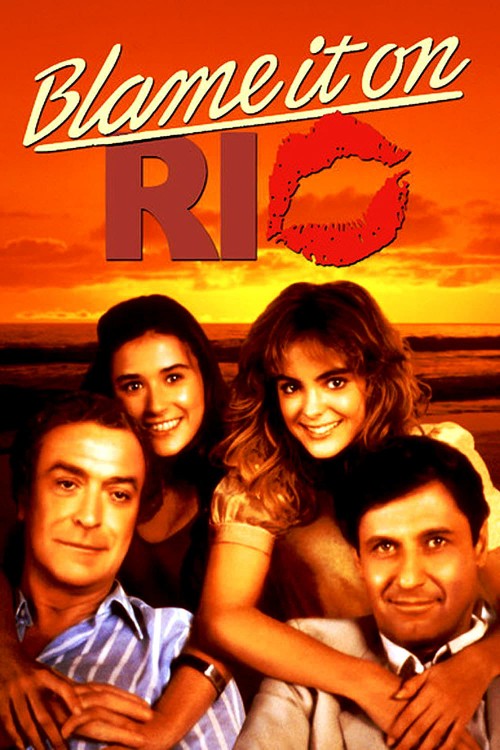 Get more information about Blame It on Rio (1984) on IMDb

Michael Caine plays Matthew Hollis; a man on holiday in Rio with his best friend Victor Lyons (Joseph Bologna). Both men have teenage daughters with them. When Caine falls for Victor's daughter Jennifer (played by Michelle Johnson), they embark on a secret, if slightly one-sided relationship. Victor is furious when he finds out about the 'older man' in his daughter's life, and sets out to hunt him down with the aid of Matthew!