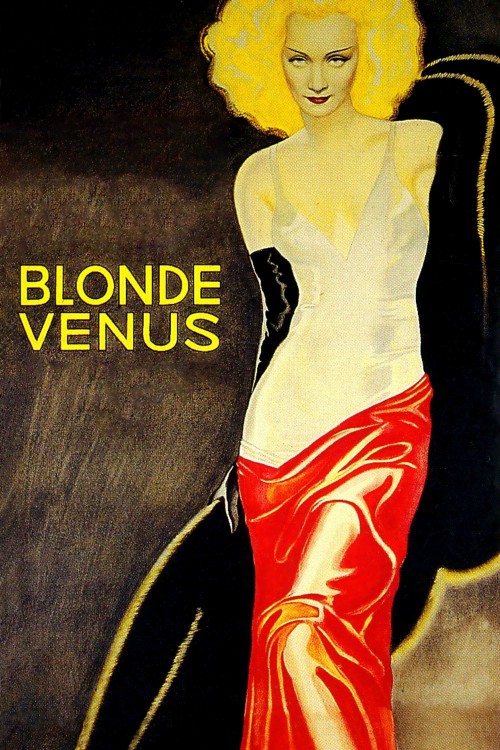 Get more information about Blonde Venus (1932) on IMDb

American chemist Ned Faraday marries a German entertainer and starts a family. However, he becomes poisoned with Radium and needs an expensive treatment in Germany to have any chance at being cured. Wife Helen returns to night club work to attempt to raise the money and becomes popular as the Blonde Venus. In an effort to get enough money sooner, she prostitutes herself to millionaire Nick Townsend. While Ned is away in Europe, she continues with Nick but when Ned returns cured, he discovers her infidelity. Now Ned despises Helen but she grabs son Johnny and lives on the run, just one step ahead of the Missing Persons Bureau. When they do finally catch her, she loses her son to Ned. Once again she returns to entertaining, this time in Paris, and her fame once again brings her and Townsend together. Helen and Nick return to America engaged, but she is irresistibly drawn back to her son and Ned. In which life does she truly belong?