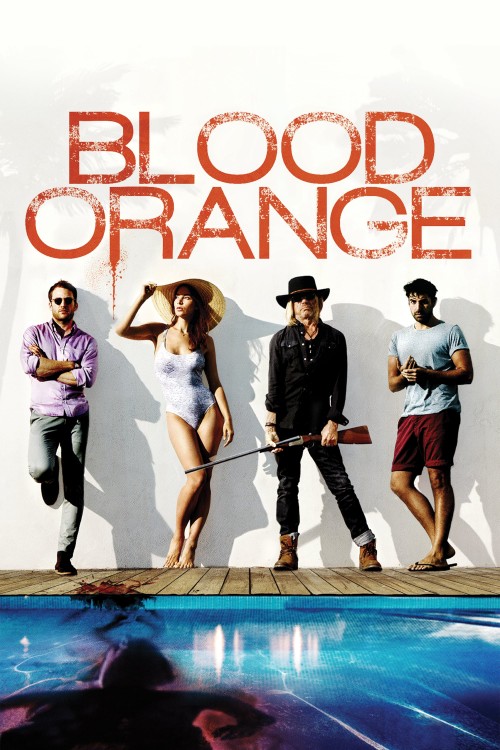 Get more information about Blood Orange (2016) on IMDb

In a stunning modern Spanish Villa lives Bill (Iggy Pop) an aging, half-blind rock star with his young, very beautiful and sexually promiscuous wife Isabelle (Kacey Barnfield). Into their Ibizan paradise comes Lucas (Ben Lamb), an ex-lover looking for revenge. Lucas wants his inheritance back; he believes she stole it from him, but Isabelle will give him nothing. Bill asks Lucas to stay and to make peace with Isabelle, but really he has another agenda - he has a plan... Meanwhile, Lucas is already torn up inside with the desire for revenge, and when he sees how Isabelle is having one of her flings with David their Spanish 'pool boy' he sees an opportunity to turn the tables and things spiral dangerously out of control.