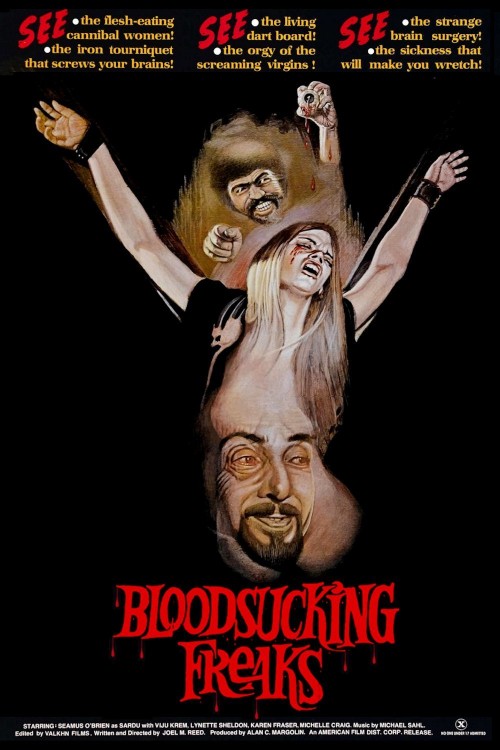 Get more information about Bloodsucking Freaks (1976) on IMDb

In New York's Soho district, the master of ceremonies Sardu runs the Theater of the Macabre, which specializes in acts where people are tortured and dismembered. The audiences dismiss it as fakery but the gore is real. Behind the scenes, Sardu and his dwarf assistant Ralphus torture and mutilate women for their own pleasure, as well as sell girls they have abducted into slavery. When the critic Creasy Silo contemptuously dismisses the show, Sardu has him abducted and tortured. At the same time, Sardu also abducts the ballerina Natasha Di Natalie and determines to break her will in order to make her agree to perform in his new show.