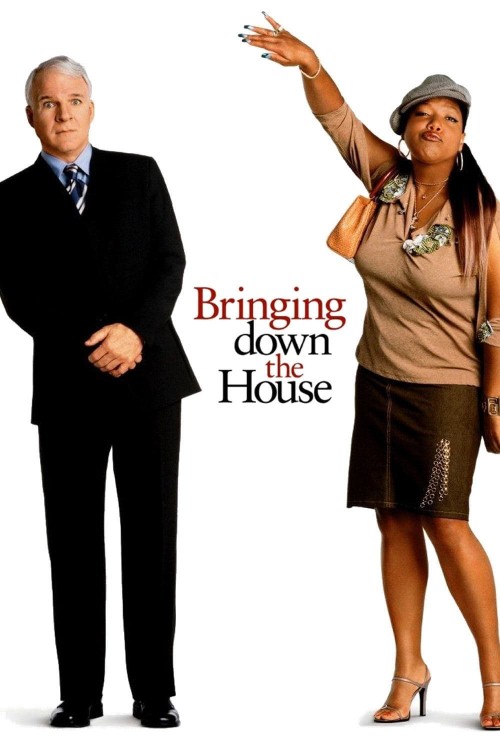 Get more information about Bringing Down the House (2003) on IMDb

Peter Sanderson is a divorced, straight-laced, uptight attorney who still loves his ex-wife and can't figure out what he did wrong to make her leave him. However, Peter's trying to move on, and he's smitten with a brainy, bombshell barrister he's been chatting with online. However, when she comes to his house for their first face-to-face, she isn't refined, isn't Ivy League, and isn't even a lawyer. Instead, it's Charlene, a prison escapee who's proclaiming her innocence and wants Peter to help her clear her name. But Peter wants nothing to do with her, prompting the loud and shocking Charlene to turn Peter's perfectly ordered life upside down, jeopardizing his effort to get back with his wife and won a billion dollar client.