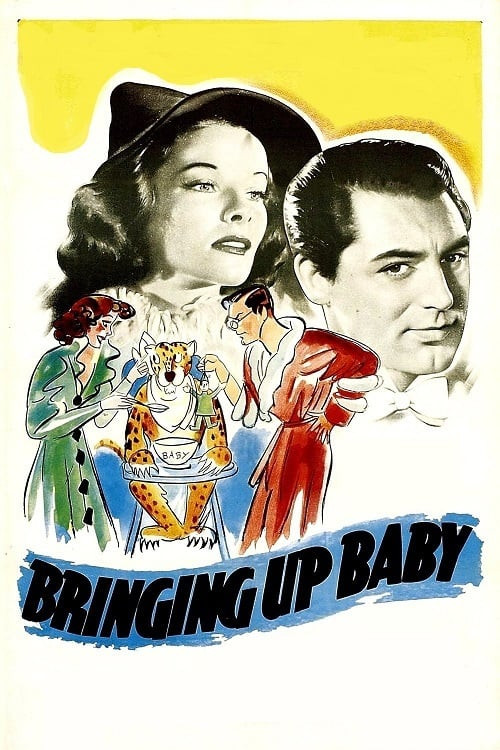 Get more information about Bringing Up Baby (1938) on IMDb

Mild mannered zoology professor Dr. David Huxley is excited by the news that an intercostal clavicle bone has been found to complete his brontosaurus skeleton, a project four years in the construction. He is equally excited about his imminent marriage to his assistant, the officious Alice Swallow, who is interested in him more for his work than for him as a person. David needs the $1 million endowment of wealthy dowager Mrs. Carleton Random to complete the project. Her lawyer, Alexander Peabody, will make the decision on her behalf, so David needs to get in his favor. However, whenever David tries to make a good impression on Peabody, the same young woman always seems to do something to make him look bad. She is the flighty heiress Susan Vance. The more David wants Susan to go away, the more Susan seems not to want or be able to. But David eventually learns that Alexander Peabody is her good friend, who she calls Boopy, and Susan's Aunt Elizabeth, with whom David has also made a bad ...