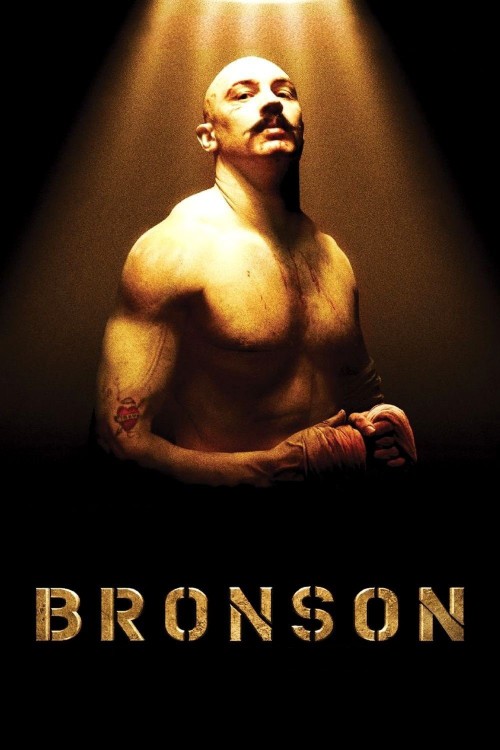 Get more information about Bronson (2008) on IMDb

In 1974, a hot-headed 19 year old named Michael Peterson decided he wanted to make a name for himself and so, with a homemade sawn-off shotgun and a head full of dreams he attempted to rob a post office. Swiftly apprehended and originally sentenced to seven years in jail, Peterson has subsequently been behind bars for 34 years, 30 of which have been spent in solitary confinement. During that time, Michael Petersen, the boy, faded away and 'Charles Bronson,' his superstar alter ego, took center stage. Inside the mind of Bronson - a scathing indictment of celebrity culture.