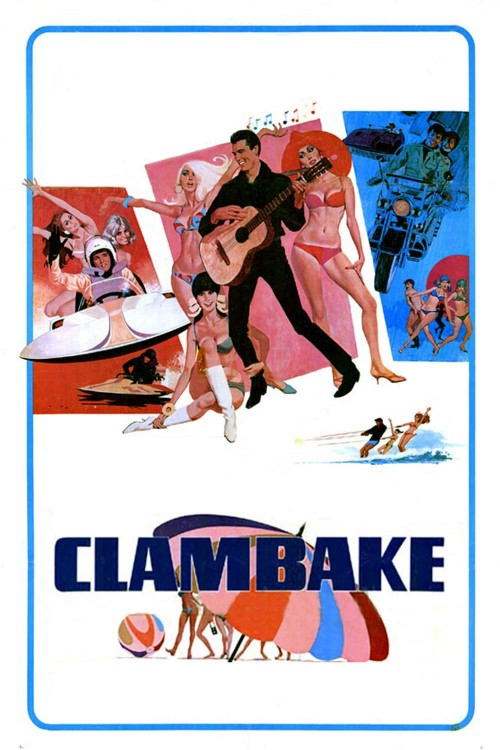 Get more information about Clambake (1967) on IMDb

Scott Heyward, whose the son of a millionaire, is tired of woman fawning over him because of his wealth, meets Tom, who's on his way to his new job as a water skiing instructor at a hotel. They envy each other's life and decide to switch places. So Scott pretends to be Tom and Tom lives it up pretending to be Scott. Scott meets Dianne who is trying to land a rich guy and when playboy James Jamison catches her eye, she asks Scott to help her snag him. Scott agrees to but finds himself attracted to her. Scott also decides to build a boat for a speedboat race that's going to take place in the hotel but he's using a new experimental chemical which doesn't hold in water, which his father forbade him to use.