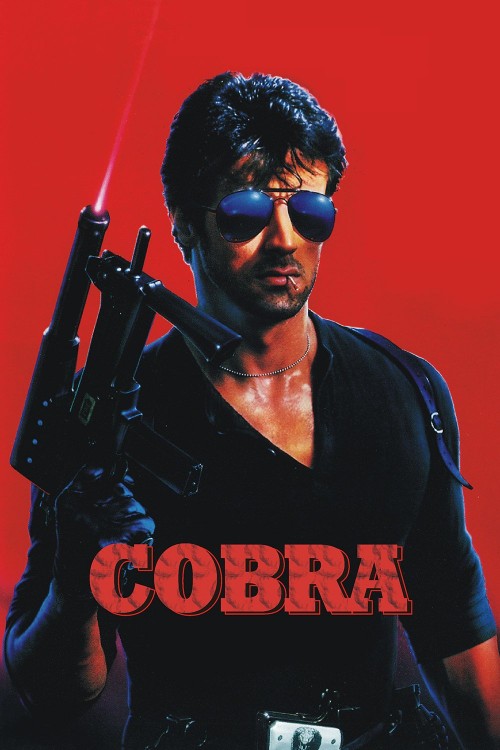 Get more information about Cobra (1986) on IMDb

As crime runs rampant in the United States, the hard-as-nails LAPD Lieutenant, Marion "Cobra" Cobretti, is the only cure for the crime-infested urban jungle of Los Angeles. In the meantime, a string of seemingly unconnected and unmotivated random assaults on civilians will soon drag the hardened officer into a violent war against the psychopaths of the secret organisation named "The New World". With the criminal society's sole purpose to weed out the weak, Cobra will escort an important witness--the young model, Ingrid--out of town to protect her; however, the movement's delusional killers will stop at nothing to track her down. Now, the only one who stands in their way is the one-man-army Lieutenant. Are they prepared for Cobra's nasty bite?