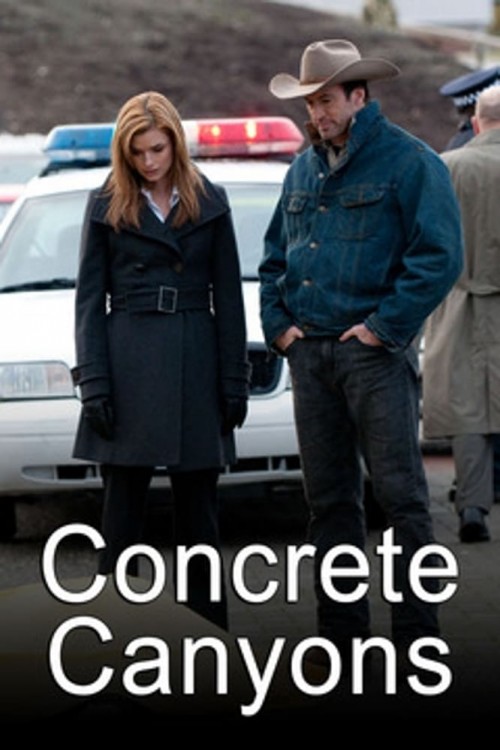 Get more information about Concrete Canyons (2010) on IMDb

In Greeley County, Colorado, the former Sheriff Ben Sloane is an efficient tracker that lives in an isolated cabin in the middle of the woods. After rescuing a young woman that has been abducted, Ben meets Sheriff Darryl Carter tells to him that his estranged son Nick is the prime suspect of killing his co-worker Raymond "Ray" Correlli. Ben heads to Chicago to meet the unfriendly Detective Susan Kincaid that does not help him. Soon Ben learns that Nick is married with Maggie and has a baby son; he worked in the Stetski Brothers Constructor and studied architecture at college. Ben also meets Nick's friend Danny Smalls that tells to him that his job was indicated by his professor Hoffman. Ben goes to the crime scene and finds that Nick did not kill Ray and the crime scene was modified and he suspects that the construction company is hiding something. Will Ben be capable to find tracks to prove the innocence of his son?