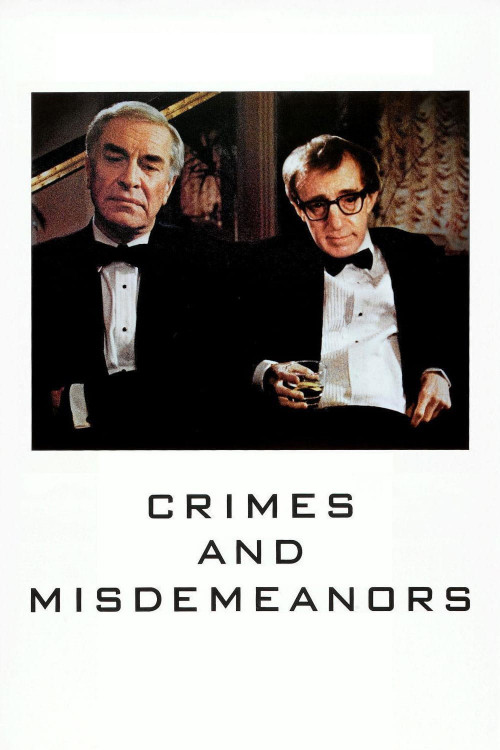 Get more information about Crimes and Misdemeanors (1989) on IMDb

Judah Rosenthal is an ophthalmologist and a pillar of the community who has a big problem: his mistress Dolores Paley has told him that he is to leave his wife and marry her - as he had promised to do - or she will tell everyone of their affair. When he intercepts a letter Dolores has written to his wife Miriam, he is frantic. He confesses all to his shady brother Jack who assures him that he has friends who can take care of her. Meanwhile, filmmaker Cliff Stern is having his own problems. He's been working on a documentary film for some time but has yet to complete it. He and his wife Wendy have long ago stopped loving one another and are clearly on their way to divorce. He falls in love with Halley Reed who works with a producer, Lester. Cliff soon finds himself making a documentary about Lester and hates every minute of it.