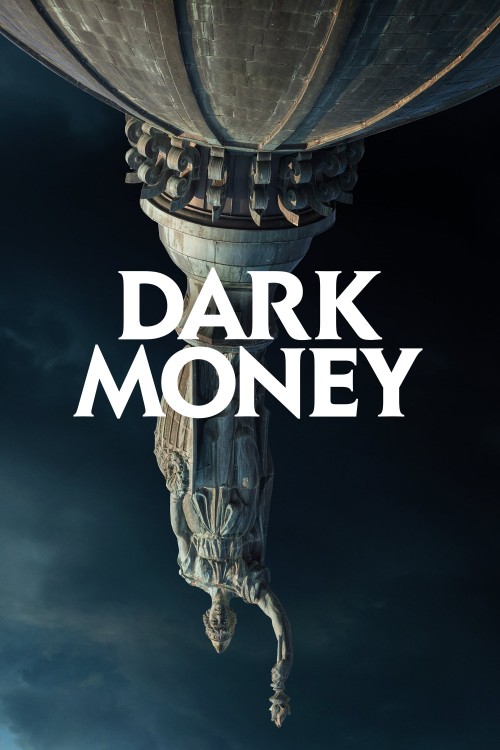 Get more information about Dark Money (2018) on IMDb

DARK MONEY, a political thriller, examines one of the greatest present threats to American democracy: the influence of untraceable corporate money on our elections and elected officials. The film takes viewers to Montana--a front line in the fight to preserve fair elections nationwide--to follow an intrepid local journalist working to expose the real-life impact of the US Supreme Court's Citizens United decision. Through this gripping story, DARK MONEY uncovers the shocking and vital truth of how American elections are bought and sold. This Sundance award-winning documentary is directed/produced by Kimberly Reed (PRODIGAL SONS) and produced by Katy Chevigny (E-TEAM).

Pardhu Lucifer
Does anyone else think that they've copied to background score from the flash tv series? - @Wednesday, November 21, 2018 3:16 PM
hello moto
Question: Why do you care ? Because you're jealous that they got money and that you don't, I'm not understanding this i guess... Dark Money groups fund corruption, Power causes corruption, bla bla, Who cares ? Why Care ? Do you want to be them or are you jealous that you don't have as much as them, Let it go. Just Live, Laugh, and Love Because their way of living was brought on by US, Not USA, I mean you and me. We buy petty toys and cars with a 40% mark up values. That makes them rich, that makes them feel powerful and that causes corruption and evil, But that's them, You're still Good, So stay that way. Were only human and we all only live for 100 years, Don't choose to ridicule a politician or a Funding organization just because it isn't you, That don't make you any better. It just shows that their corrupt state of mind is taking affect on you... So take my advice, Step outside around midnight, look up at the stars and breath... slowly Have you ever looked at a person who believes they're powerful because of money, Brought to them BY THE PEOPLE, They act fake, Their life revolves around acting, What kind of life is that exactly, Who's the show for....., their ego or the people that hold the power, and always will, Money is no regard. It only buys material things and helps you through life, and here people are letting it define us as humans, We wern't born from money....Atoms, photos, etc don't revolve around money, Animals don't live on money and for god sakes stop building rockets to the universe for fun trips =, that's too much radiation for humans to handle, Not to mention what the pressure does to your bones, muscles and eyes, Nothing inhales and exhales up there.... See where i'm going with this... Sometimes money puts a stopper on common sense What really makes me angry, Is that while so many people are arguing about money, corruption, politics, etc, etc, with millions or billions in their bank accounts so they can built more structures or help someone else get more money from THE PEOPLE by mark ups and ads, Well here a shocker There's billions of people starving, There's so much good that needs to be done, and very few people care, Instead it's how can i be richer than him, I want, I want, not I need anymore, Then you have do i look better than him... There's no fixing it, That's why you just need to forget about the negative people and be happy, be yourself - @Tuesday, November 6, 2018 5:06 AM
The Diplomat
*Politics is D I S G U S T I N G . Period. - @Monday, November 5, 2018 1:20 PM
kathleen smith
Why did they not do this in NJ --- my God the democrates are so crazy corrupt in this state ---- but of course this one shows corrupt republicans -- hmmm? I wonder why and right before a mid term election hmmm??? If the liberal leaning PBS (who the hell funds you??? Private tax exempt foundations is who , a bunch of rich liberals is who) --- So stupid, when the dems do stuff like this and they think they are fooling people that the republicans are the bad ones and they are the good ones -- IT WILL BACKFIRE. BOTH SIDES ARE BAD - like two mafia families fighting with each other over who gets to rob you. This is why nobody nobody believes the main stream media, and this might be a very good movie and I am sure it is true -- but cover both sides. - @Monday, October 1, 2018 9:48 PM
Naulo Sanchar
I am watching this movie - @Sunday, September 23, 2018 8:48 AM
Fergal Downes
Heyo mate, good stream that you have here. Hit me up when you have new videos. - @Friday, August 24, 2018 12:40 PM
dantemike1
Any intelligent person has to assume this movie is mostly about the Clinton Foundation and other far left organizations. - @Sunday, August 19, 2018 1:31 AM
U.S. Constitution
Dark $$$$ = Soros, hillary, obama. - @Friday, August 17, 2018 8:24 AM
Rosa a Rodriguez
COORATOCRACIES! - @Monday, August 13, 2018 3:29 AM
Scott Kuhn
You can begin fighting these capitalists by downloading this movie for free. It's online now. - @Saturday, August 11, 2018 10:22 PM
Scott Kuhn
You can begin fighting these capitalists by downloading this movie for free. It's online now. - @Saturday, August 11, 2018 10:22 PM
Mike Kleinsteuber
So badly distributed. - @Sunday, August 5, 2018 6:56 PM
spiritnphysical
It's the us vs. the psychopaths. This empire is imploding. Those that continue to hold on to an archaic/imbalanced/insane system, will fall with it. The system was designed to keep the masses slaves. Let go of the decaying system. It wasn't meant to be saved. - @Sunday, August 5, 2018 12:53 AM
Aesithair Runekafi
But TYT got 20 million to push their agenda... Bish, there are billions spent on geo politics in the dark money machine and all you're worried about is a $20 mil fully disclosed financier to an independent news source? - @Monday, July 23, 2018 6:07 PM
paul simon
Take the worst social engineering that the past generation fought against by throwing the public's future into a corporate autocracy. - @Friday, July 13, 2018 3:14 AM
Leonard Hua
Anyone know the Trailer Soundtrack? - @Wednesday, July 11, 2018 9:32 AM
Dink Martini
If the unverified information on a post card changes your vote, you should not only stop voting but you should probably kill yourself. - @Monday, July 2, 2018 3:12 PM
Super VJ Land
Obamas, Bush, Clintons, and every other president are just corrupt marionettes to big billionaire enterprises. Its a shame most people dont believe that - @Sunday, June 17, 2018 2:07 PM
Zion Akinjide
or white money.... - @Wednesday, June 13, 2018 5:42 AM
Alejandra Garcia
It's my must see movie of the year - @Tuesday, June 12, 2018 5:07 PM
Martin86 Chitembo
You want to know who is behind the dark money,,,follow the banks. - @Tuesday, June 12, 2018 4:47 PM