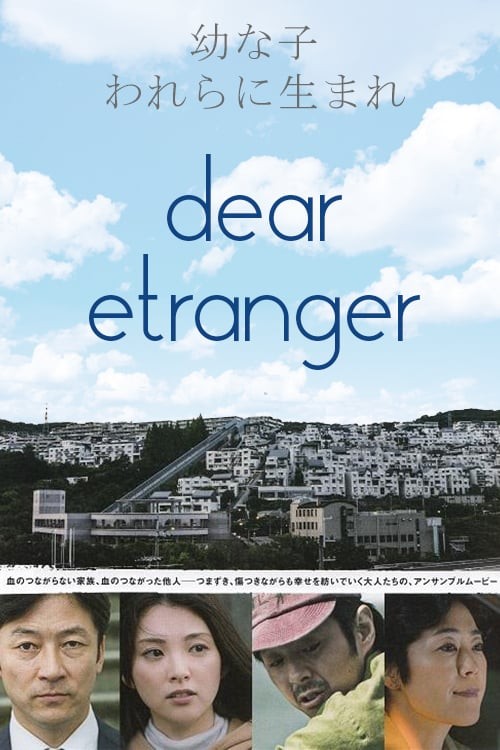 Get more information about Dear Etranger (2017) on IMDb

A 40-year old man sees his life change when his wife gets pregnant. He already has a daughter from his first marriage whom he rarely sees and two step-daughters, from his wife's first marriage. The youngest of his step-daughters is looking forward to a baby brother or sister, but the oldest doesn't welcome the news and suddenly decides that she wants to live with her father. And as if that were not enough trouble, he is forced out of his good office job into an inferior position.