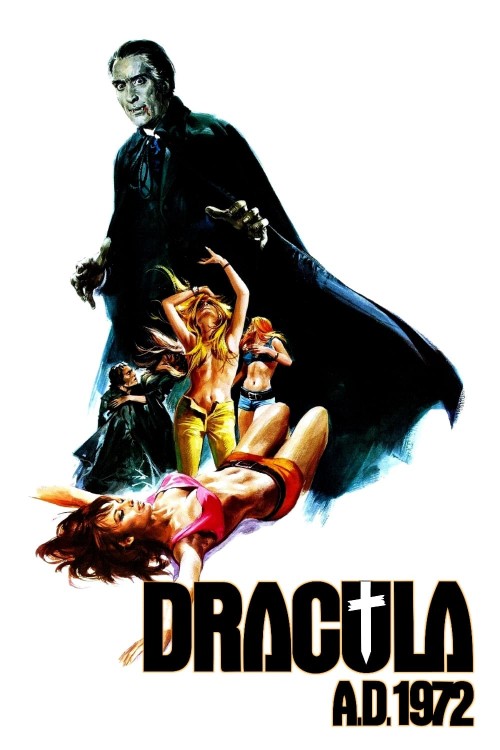 In London 1872 - the final battle between Lawrence van Helsing and Count Dracula on top of a coach results in Dracula dying from a stake made from the remains of a wooden wheel. Lawrence dies from his wounds and, as he is buried, a servant of Dracula buries the remains of the stake by the grave and keeps a bottle of Dracula's ashes and the ring. One hundred years later, the colourful 1972, Johnny, the great-grandson of the servant joins up with a "group" containing Jessica, the grand-daughter of the present vampire hunter, Abraham van Helsing and with their unknowing help resurrect Dracula in the 20th Century who is determined to destroy the house of Van Helsing, but who can believe that The king of the Vampires really exists and is alive - in 20th Century London?