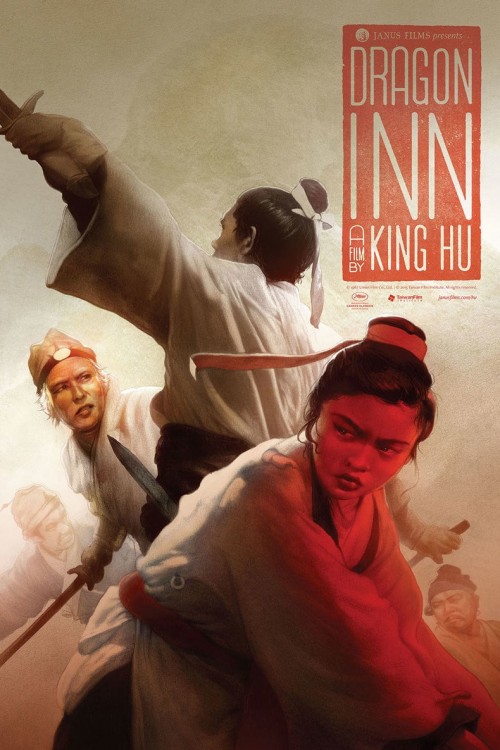 Get more information about Dragon Inn (1967) on IMDb

The Eunuch of the Emperor has ordered the commander of his army condemned to death for betrayal and insurrection. The commander's family was was murdered to cut off his bloodline, but his two youngest, a son and a daughter, were expelled from the empire to the outlands in an attempt to draw out the commanders confidant and adviser. In order to complete the plan, the Eunuch sent his ultra-secret Black Arrow Troop to assassinate the two remaining children and the advisor. The ambush: to be carried out at the Inn Of Dragon's Gate at the border. The plans fail as journeymen of great swordsmanship turn up at the inn. From that point until the end of the flic many battles take place. This film is a masterpiece of martial arts swords-play and speaks the tune of "The Swordsman" and the "Zatoichi" films. A must see for fans of classic Asian cinema.