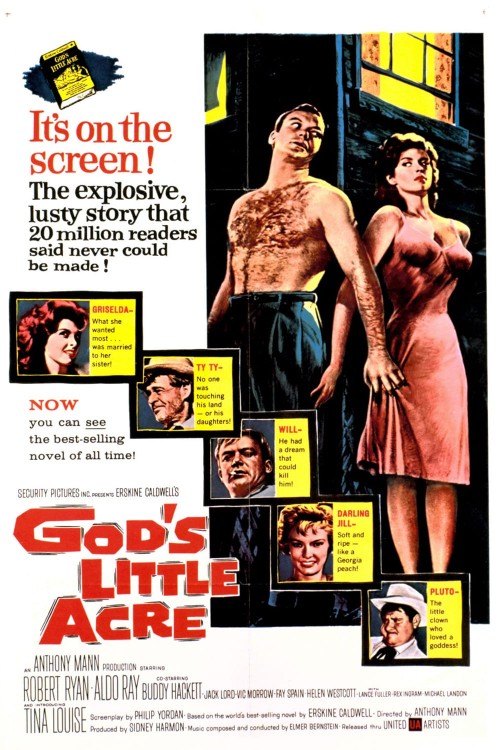 Get more information about God's Little Acre (1958) on IMDb

A poor farmer is obsessed with finding gold on his land supposedly buried by his grandfather. To find it he conveniently moves a marker out of his way that designates the land on which it rests as as God's Little Acre, where anything that comes from the ground will go to God's work. Eventually he abducts an albino to help him find the gold. Meanwhile, his daughter-in-law is suspected of fooling around with a labor activist out of work since the mill closed, and a local political hopeful actively seeks his daughter's hand in marriage.