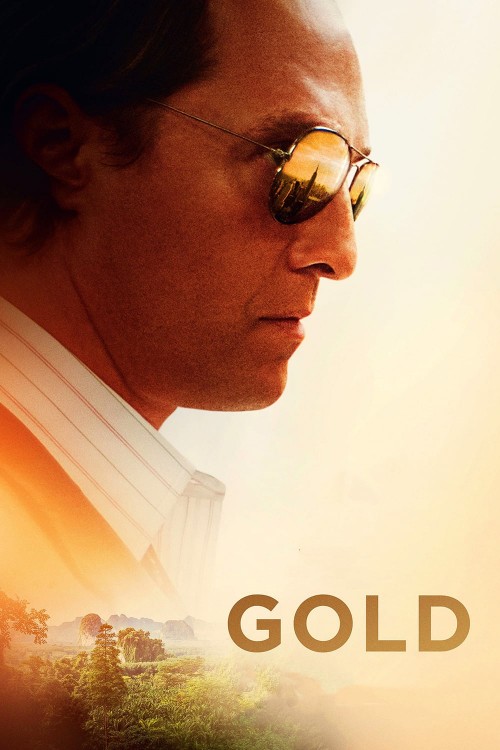 Get more information about Gold (2016) on IMDb

With the sudden death of his father, fourth-generation prospector Kenny Wells sees the family business, Washoe Mining, rapidly decline and him out of business. But ambitious Kenny has a dream, a vivid vision that promises mountains of brilliant and pure gold in the lush jungles of remote Indonesia; an aspiration which the well-known, yet still unlucky geologist Michael Acosta shares. Before long, down-on-his-luck Kenny will convince the eager geologist to become his partner and set off on an adventure deep into uncharted territory, while in the meantime, he would hunt for investors. Unfortunately though, as the risky expedition begins without a single speck of gold or the promise of it on the horizon, disease and failure will begin to threaten the short-lived dream. However, is it indeed an intriguingly bold and reckless fantasy?