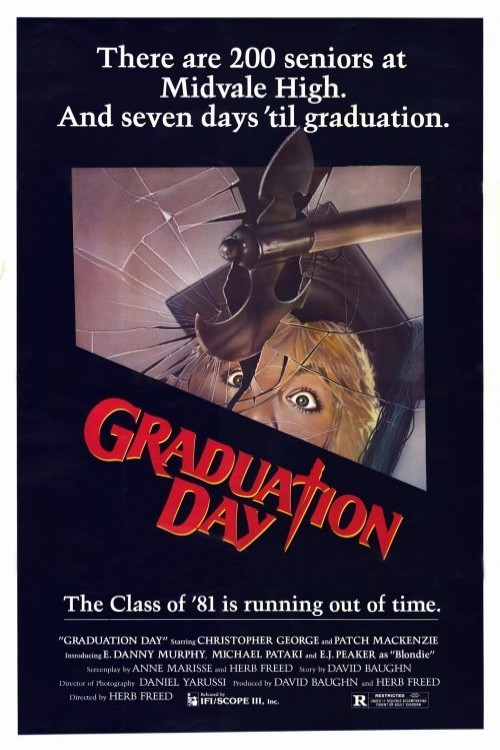 Get more information about Graduation Day (1981) on IMDb

After a high school track runner, named Laura, suddenly dies from a heart attack after finishing a 30-second 200-meter race, a killer wearing a sweat suit and a fencing mask begins killing off her friends on the school track team one by one. The suspects include the track coach Michaels, Laura's sister Anne who arrives in town for the funeral, the creepy school principal Mr. Guglione, and Laura's strange boyfriend Kevin.