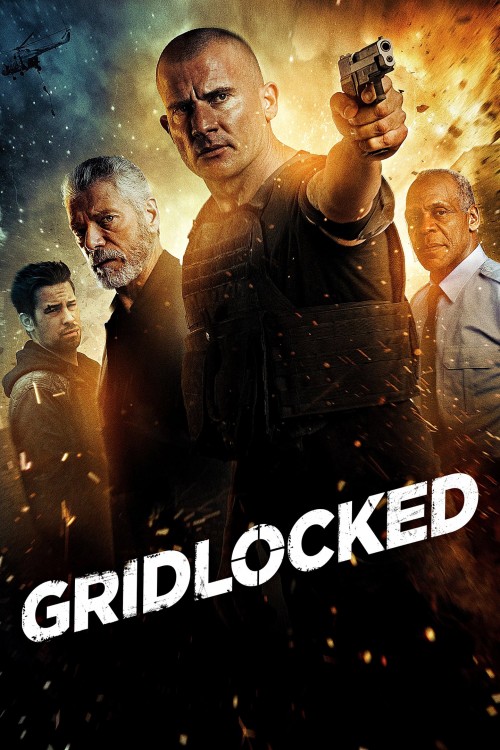 Get more information about Gridlocked (2015) on IMDb

Former SWAT leader David Hendrix is down on his luck and has failed to receive medical clearance after taking a bullet on the job. Despite being highly trained and competent, his efforts have been reduced to routine tasks for the NYPD. As if things couldn't get any worse, he's been forced to babysit Brody Walker, a hard partying celebrity that's been sent on a mandatory ride along as part of his probation. Pampered and irritating, Walker is the last thing Hendrix needs. But all of that changes when a police training facility comes under attack by a team of ruthless mercenaries led by the mysterious Korver. Now, Hendrix and Walker must band together with the remaining survivors to fight back and keep the mercenaries from overtaking the compound.... if they don't kill each other first.