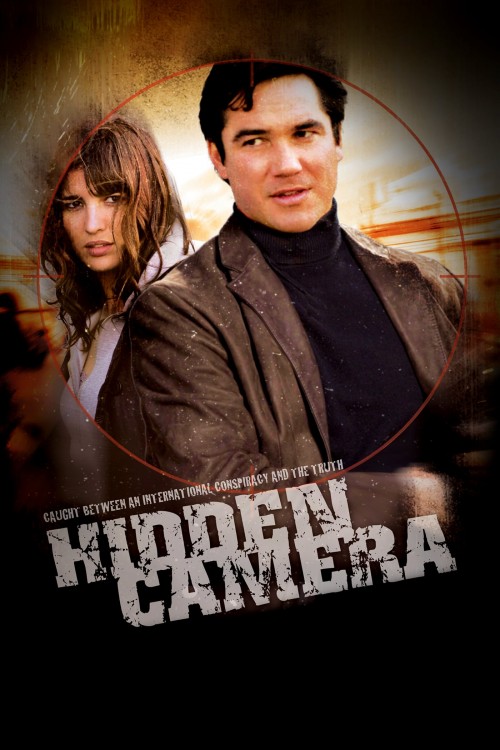 Get more information about Hidden Camera (2007) on IMDb

When a Pulitzer Prize-winning reporter is killed in a mass murder in a Barcelona hotel room, maverick reporter Dan Kovaks, the dead journalist's brother, launches an investigation all his own. But now he and his hard-driving producer, Alejandra Velor, are being hunted by the killers and a vast network of government agents on both sides of a military conflict brewing in North Korea. But who's working for whom and who can be trusted? Those are the questions troubling Dan and Alejandra as they fight to stay alive and unravel the mystery of a super-secret item dubbed the "Mega-Bill."