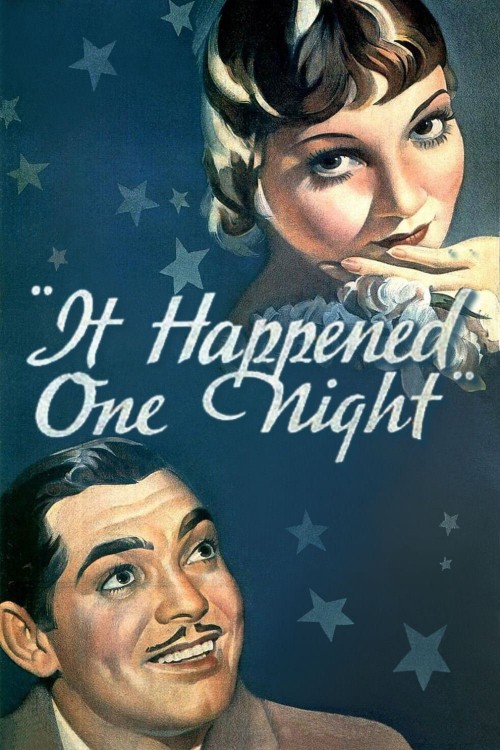 Get more information about It Happened One Night (1934) on IMDb

Ellie Andrews has just tied the knot with society aviator King Westley when she is whisked away to her father's yacht and out of King's clutches. Ellie jumps ship and eventually winds up on a bus headed back to her husband. Reluctantly she must accept the help of out-of- work reporter Peter Warne. Actually, Warne doesn't give her any choice: either she sticks with him until he gets her back to her husband, or he'll blow the whistle on Ellie to her father. Either way, Peter gets what (he thinks!) he wants .... a really juicy newspaper story.