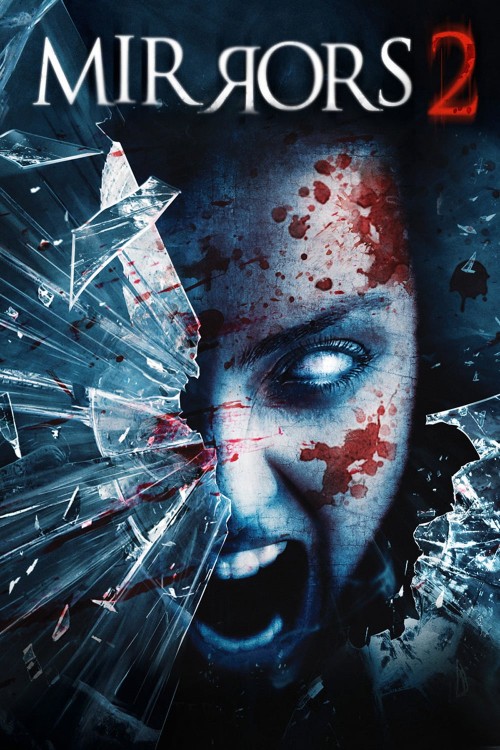 Get more information about Mirrors 2 (2010) on IMDb

While driving on the road with his fiancée Kayla, Max Matheson has a serious car accident and they both die. However, Max is resuscitated and one year later he is an emotionally disturbed man with the guilty complex for the murder of his beloved fiancée and under psychological treatment with Dr. Beaumont. When his father Jack Matheson reopens the Mayflower Department Store in New Orleans, his security guard Henry Schow has an accident and Jack invites Max to be his replacement to help in his cure. Max accepts the job and his father introduces him to the store manager Keller Landreaux; the buyer Jenna McCarty; and the vice-president of operations Ryan Parker. Max has visions of a dead woman and he foresees the death of Jenna and Ryan in the mirror. Sooner Max finds that he has the ability to see Eleanor Reigns, an employee that is missing, and he contacts her sister Elizabeth Reigns to know details of her disappearance. He finds that Jenna, Ryan and Keller were responsible for a ...