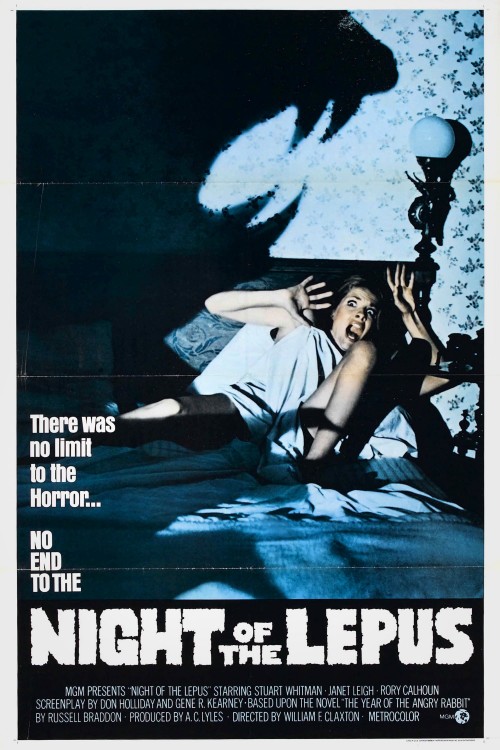 Get more information about Night of the Lepus (1972) on IMDb

Cole Hillman's Arizona ranch is plagued with 'mongrel' rabbits, and he wants to employ an ecologically sound control method. As a favor to college benefactor Hillman, college president Elgin Clark calls in zoologist Roy Bennett to help. Bennett immediately begins injecting rabbits with hormones and genetically mutated blood in an effort to develop a method of disrupting rabbit reproduction. One of the test subjects escapes, resulting in a race of bloodthirsty, wolf-sized, man-, horse-, and cow-eating bunnies. Eventually the National Guard is called in for a final showdown with the terrorizing rabbits.