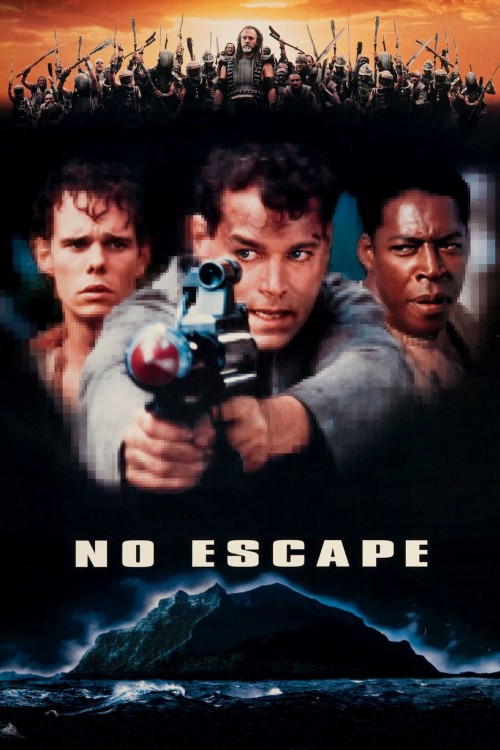 Get more information about No Escape (1994) on IMDb

Robbins is sentenced to prison for the assassination of his general officer, a prison you leave only when you die. Since nobody ever leaves the prison, nobody knows what the prison is like. The prison manager realizes this and buys himself an island playground called "Absolom," where the worst prisoners are free to create an isolated barbaric society, and where the strongest men rule...a living hell. Robbins is sent to Absolom after he almost kills the prison manager.