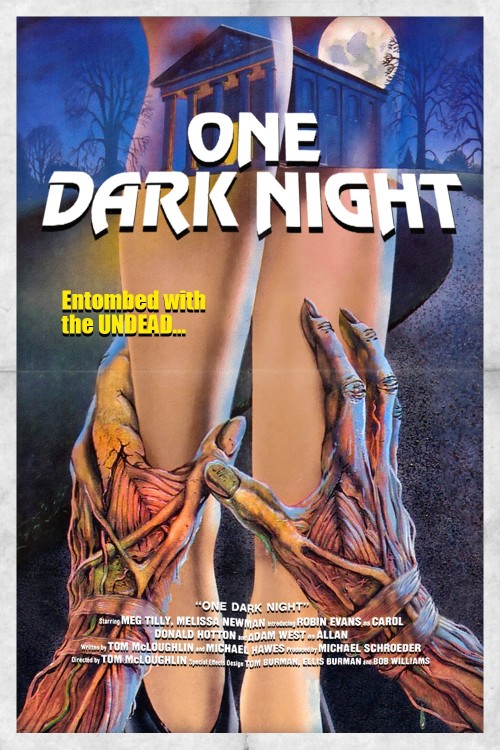 Get more information about One Dark Night (1982) on IMDb

A strange man named Karl Rhamarevich dies shortly after discovering a way to become even more powerful in death through telekinesis. On the night of his burial in a crypt, Julie is to spend the night there as part of an initiation rite, supervised by two other girls. The crypt becomes a scene of horror as Raymar returns to life and deploys his horrifying telekinetic powers, with coffins sliding out and splintering open to release decaying bodies on Raymar's command. The bodies soon begin to menace the three girls trapped inside. Will they survive the horrific night in the crypt?