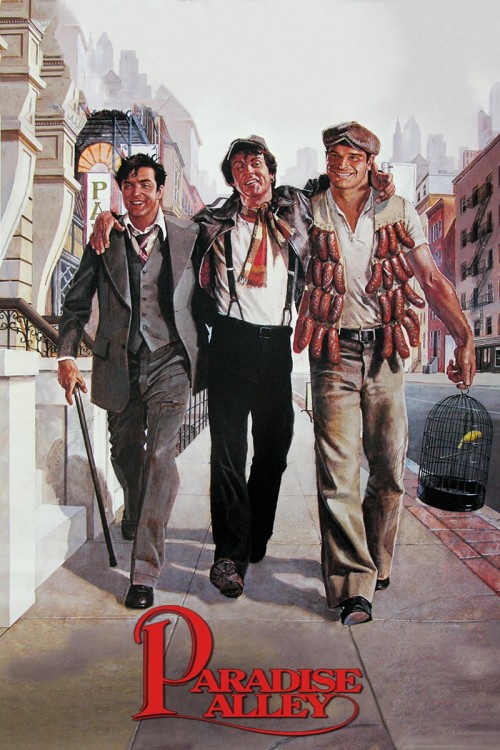 Get more information about Paradise Alley (1978) on IMDb

It's 1946 in Hell's Kitchen in New York City. Cosmo Carboni, the eldest of the three Carboni brothers, is lamenting what he sees as them not living up to their potential. Big talking Cosmo hustles and panhandles for money. Brooding Lenny Carboni, an injured veteran whose sullen attitude stems from his time in the war, is an undertaker. And youngest Victor Carboni, the simple muscle-man who wouldn't hurt a fly unless he's annoyed, is an iceman. Victor looks to Lenny and his Chinese-American girlfriend Susan Chow as his voices of reason. After Victor holds his own against wrestler Frankie the Thumper in an arm wrestling match, Frankie who is seen as the strongest man in the neighborhood, and after seeing the lucrative wrestling matches - which are more like street fights without rules - at the underground nightclub called Paradise Alley, Cosmo gets it into his head that wrestling may be Victor's calling and a way for them all to get out of Hell's Kitchen for good. The brothers would act...