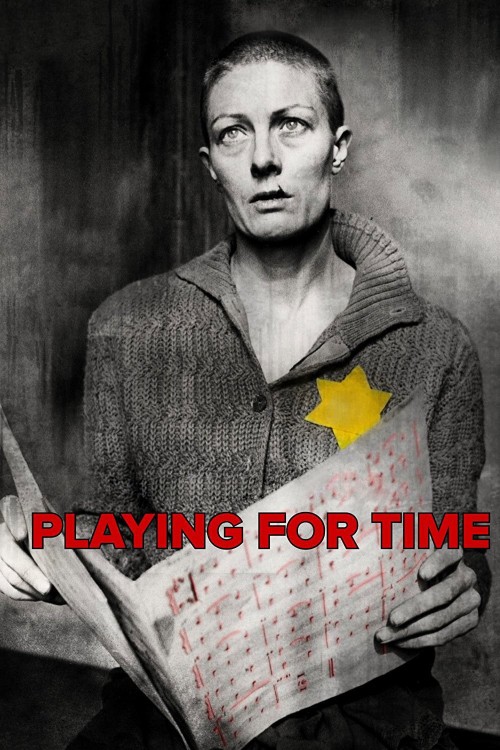 Get more information about Playing for Time (1980) on IMDb

In World War II, the Jewish French musician and cabaret singer Fania Fenelon Goldstein is sent by the Nazis from Paris to the Auschwitz Concentration Camp. The guards take her clothing and luggage and they cut her hair very short. One day, when she is very weak, she hears someone asking whether any prisoner could sing Giacomo Puccini's Madama Butterfly and she joins the group of musicians that have been spared from the gas chambers to entertain the Nazis performing music for them. She convinces the conductor Alma Rose to invite her friend Marianne, telling that she would be a talented singer. Along the years of abusive treatment, they survive but losing their dignity.