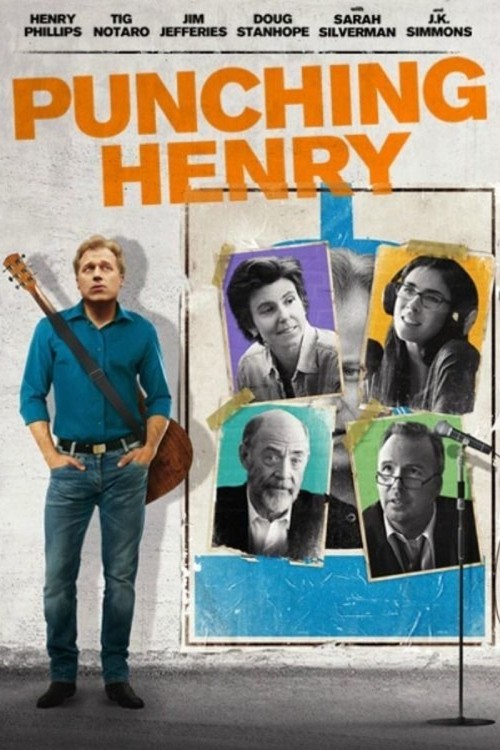 Get more information about Punching Henry (2016) on IMDb

Hapless satirical songwriter Henry Phillips is lured to LA by renowned TV producer Jay Warren, who wants to make a show about the life of a struggling performer. When Jay sees Henry bomb at a local club, he is convinced that this story must be told. With the support of his longtime musician friend Jillian, and his well-meaning but sub-par manager Ellen Pinsky, Henry endures the ups and downs of LA living, and even secures what appears to be the Hollywood dream. But as a major TV network gets involved, he must decide whether his legacy will be to make jokes, or become the butt of them.