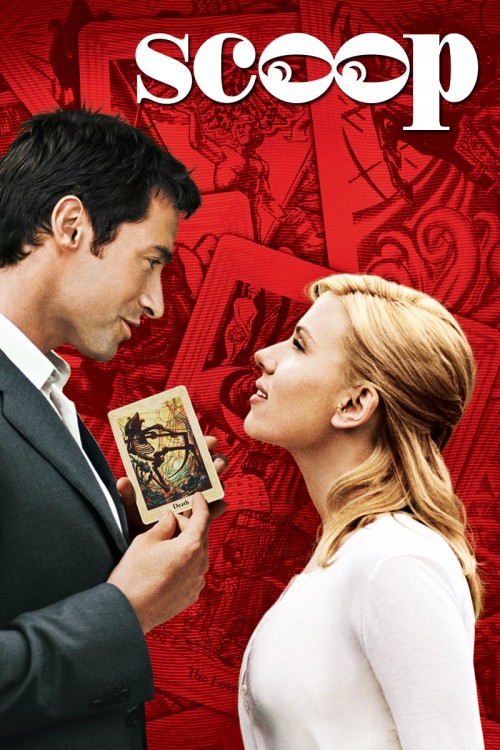 Get more information about Scoop (2006) on IMDb

In the funeral of the famous British journalist Joe Strombel, his colleagues and friends recall how obstinate he was while seeking for a scoop. Meanwhile the deceased Joe discloses the identity of the tarot card serial killer of London. He cheats the Reaper and appears to the American student of journalism Sondra Pransky, who is on the stage in the middle of a magic show of the magician Sidney Waterman in London, and tells her that the murderer is the aristocrat Peter Lyman. Sondra drags Sid in her investigation, seeking for evidences that Peter is the killer. However, she falls in love with him and questions if Joe Strombel is right in his scoop.