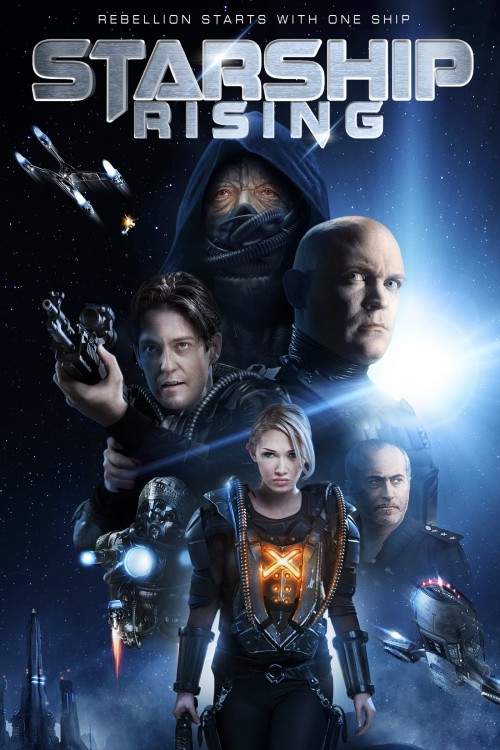 Get more information about Starship: Rising (2014) on IMDb

Starship One... the most powerful prototype warship in the Federation, capable of destroying entire worlds. Two empires at war: the corrupt Federation, and the oppressive Terra Nostra. Entire planets are being wiped out. When the order is given to destroy the Earth, Federation Flight Lieutenant John Worthy kills his superior officer and mutineers Starship One. Demanding that both sides make peace, he becomes the target of both sides of the war. Worthy is pursued across the galaxy by General Gustav, an infamous military commander who brings the entire Federation fleet down upon Worthy and his Starship. After a number of intense battles, and suffering heavy vessel damage, Worthy aligns himself with an underground rebellion. He is entrusted with vessel upgrades and a robot army he needs to bring down both sides of the war. Joining with other disgruntled Federation military personnel, and Jolli, a beautiful gun-toting star pilot, Worthy wages war, but is halted when General Gustav holds ...