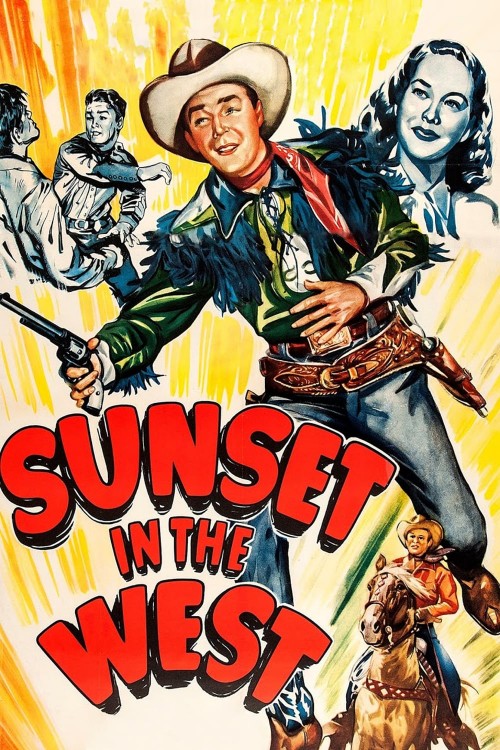 Get more information about Sunset in the West (1950) on IMDb

Near the border, outlaws are hijacking trains and using them to transport large quantities of rifles. Roy gets involved when the train that was to pick up his cattle fails to stop. Helping out the Sheriff, Roy brings in a suspect. He identifies him as a wanted man but the outlaw escapes with Roy as a hostage. Roy is taken to the gang leader's house where another hijacking is being planned. They also plan to get rid of Roy.