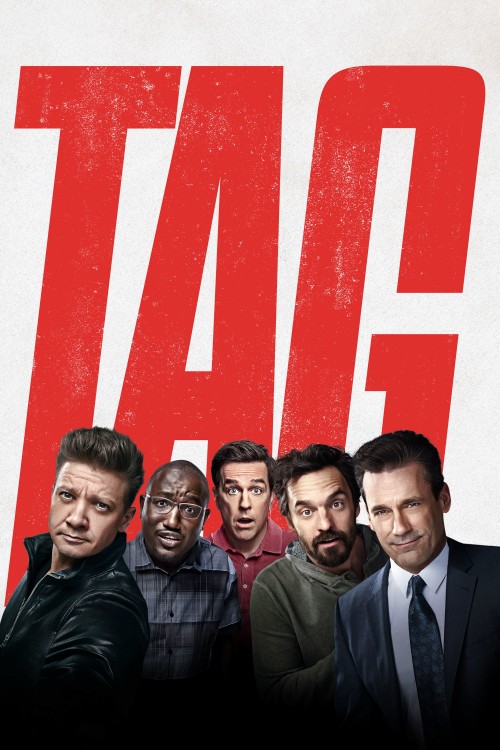 Get more information about Tag (2018) on IMDb

Childhood friends Jerry (Jeremy Renner), Callahan (Jon Hamm), Randy (Jake Johnson), Sable (Hannibal Buress) and Hoagie (Ed Helms) have been competing in the same game of tag for 30 years. When Jerry gets married, he attempts to retire from the intense annual game without ever being "it," causing the other four to band together and go to extreme lengths to finally tag him. Directed by Jeff Tomsic. Inspired by the Wall Street Journal article "It Takes Planning, Caution to Avoid Being It."