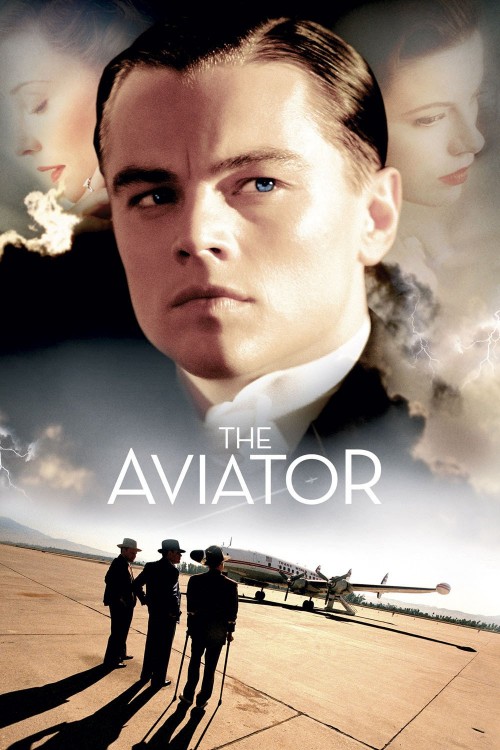 Get more information about The Aviator (2004) on IMDb

Biopic of billionaire Howard Hughes, starting with his early filmmaking years as owner of RKO studios but mostly focusing on his role in designing and promoting new aircraft. Hughes was a risk-taker spending several fortunes on designing experimental aircraft and eventually founding TWA as a rival to Pan AM airlines owned by his great rival Juan Trippe. When Trippe's politico Senator Ralph Owen Brewster accuses Hughes of being a war profiteer, it's Hughes who gains the upper hand. Hughes also had many women in his life including a long relationship with actress Katharine Hepburn. From an early age however, Hughes was also germophobic and would have severe bouts of mental illness.