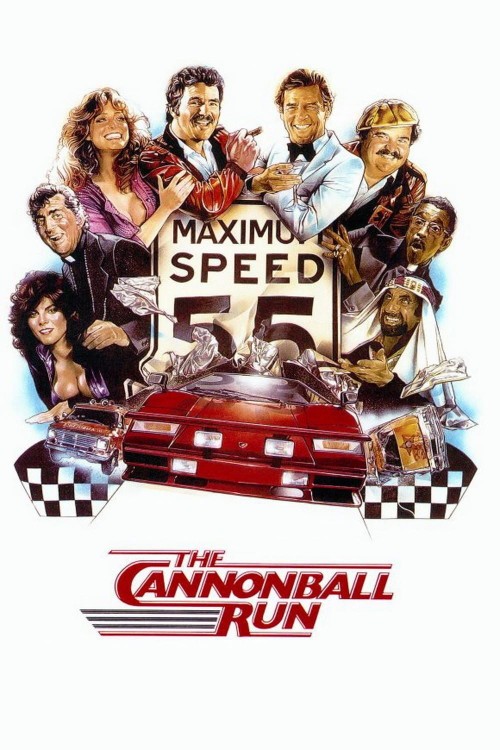 Get more information about The Cannonball Run (1981) on IMDb

This comedy film brings Burt Reynolds, Sir Roger Moore, Farrah Fawcett, Dom DeLuise, Dean Martin, Sammy Davis, Jr. and an all-star cast to the starting line of the ultimate auto race, a madcap cross-country scramble that roars full-speed ahead. This action-comedy was inspired by an actual event: the Cannonball Baker Sea-To-Shining-Sea Memorial Trophy Dash, an anything goes, all-stops-out, and very much illegal, competition that has grown to legendary proportions within the last ten years.