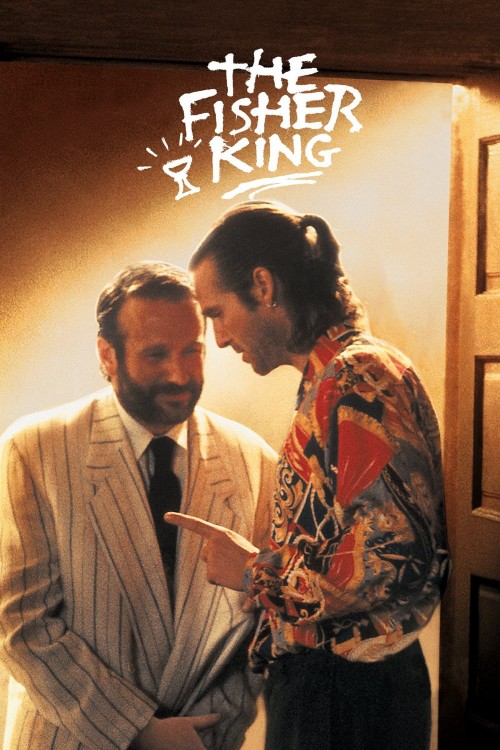 Get more information about The Fisher King (1991) on IMDb

After hearing a popular DJ rail against yuppies, a madman carries out a massacre in a popular New York bar. Dejected and remorseful, the DJ strikes up a friendship with Parry, a former professor who became unhinged and then homeless after witnessing his wife's violent death in the bar shooting. The DJ seeks redemption by helping Parry in his quest to recover an item that he believes is the Holy Grail and to win the heart of the woman he loves.