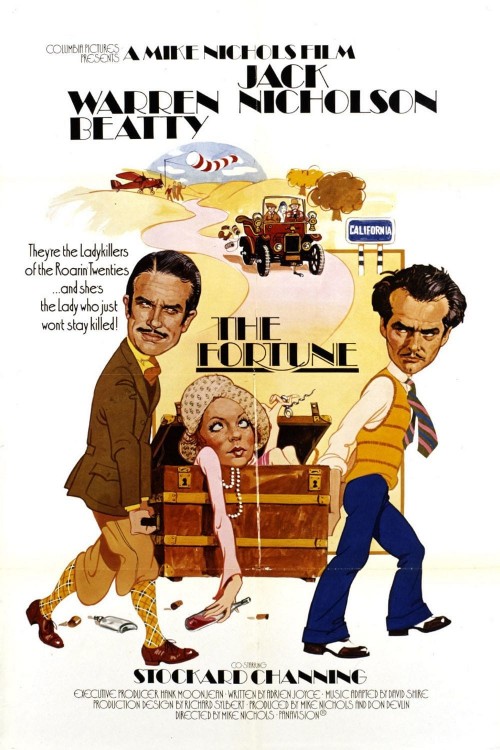 Get more information about The Fortune (1975) on IMDb

The early 1900's with its Mann-Act (disallowing women to be transported across State lines for immoral reasons) brings a married man to devise a scheme for taking his upper-class girlfriend away with him... he simply has her marry his unmarried buddy. However, it doesn't take very long before both men start laying claim to her affection... until, that is, she's about to be cut out of her parent's fortune. So, a new scheme is devised, which only adds to their problems, as well as to the sly whimsy of this film.