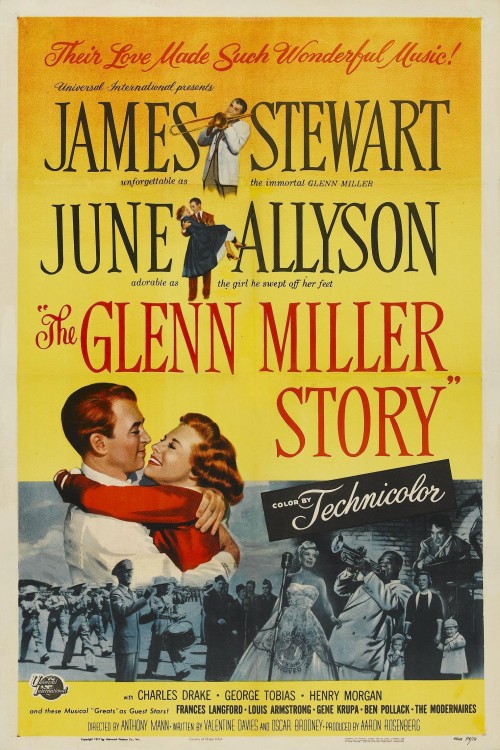 Get more information about The Glenn Miller Story (1954) on IMDb

The unemployed trombone player Glenn Miller is always broken, chasing his sound to form his band and hocking his instrument in the pawn house to survive. When his friend Chummy MacGregor is hired to play in the band of Ben Pollack, the band-leader listens to one Glenn's composition and invites him to join his band. While traveling to New York, Glenn visits his former girlfriend Helen Berger, in Boulder, Colorado, and asks her to wait for him. Two years later he quits the band and proposes Helen that moves to New York to marry him. After the success of "Moonlight Serenade", Glenn Miller's band becomes worldwide known and Glenn and Helen and their two children have a very comfortable life. Duting the World War II, Glenn enlists in the army and travels to Europe to increase the moral of the allied troops. In the Christmas of 1944, he travels from London to Paris for a concert to be broadcast; however his plane is never found in the tragic flight.