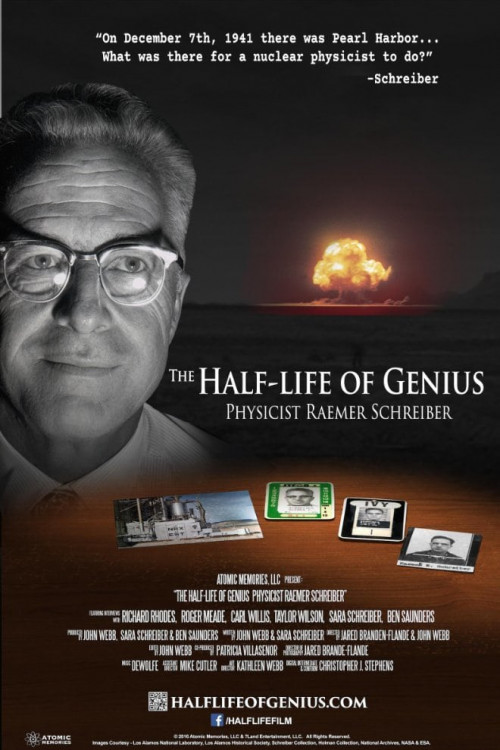 Schreiber was one of Oppenheimer's brilliant young physicists recruited for the Manhattan Project during World War II. He was entrusted to carry the Plutonium core to Tinian Island where he'd assemble the atomic bomb known to history as "Fatman". In the mid-fifties, he was selected to lead the American effort to build powerful nuclear rocket engines in the secrecy of the Nevada desert just miles from the infamous Area 51. The film includes Interviews with Los Alamos historian Roger Meade and Pulitzer Prize-winning Richard Rhodes. As well, nuclear physicist Taylor Wilson and nuclear engineer Carl Willis discuss Schreiber's "rocket science" with project ROVER. The film contains rare footage, artifacts, photos and audio recordings not seen or heard outside of family for decades. Some consider Schreiber atomic royalty. This is his story.