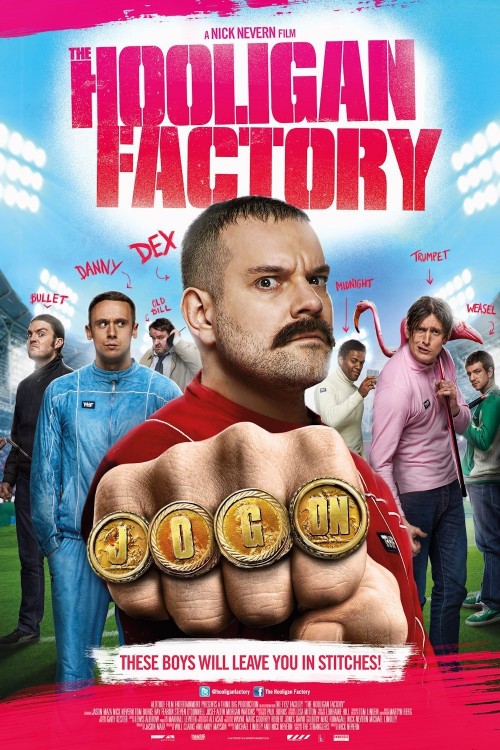 Get more information about The Hooligan Factory (2014) on IMDb

Danny wants something more. Expelled from school and living in his grandfathers flat, he longs to live up to the image of his estranged father Danny Senior. Sent to prison for force feeding a judge his own wig Danny Senior was a legend and Danny is looking for a way to emulate his father's achievements and rise to be "top boy". Meanwhile in Wormwood Scrubs prison legendary football hooligan Dex is about to be released. Dex is on a quest of his own, one of vengeance against his nemesis and rival firm leader Yeti. But when Danny and Dex's paths cross they embark on a journey as old as hooliganism itself. Dex, Danny and The Hooligan Factory travel the length of the country on a mission to re-establish their firm's glory days. However, the police are closing in and we get a sense that the Hooligan Factory's best days may be behind them, but with Danny on their side, and Dex finding his old form who knows where this may lead. After all... Its a funny old game.